Hi there! I’m Katherine Cobert of Cobert Photography. When Erin reached out to me about guest blogging for Sixth Bloom, I was completely shocked and honored.  We talked and decided I would blog about the photography technique – double exposure.  Here is a sampling of some double exposures using various techniques.  Follow me over on Instagram or Facebook

How to Make a Double Exposure Picture in Photoshop

What I believe started as an accident – exposing the same film slide twice (by the camera malfunctioning and not advancing the film) – has now become a fun and artistic technique.  I honestly haven’t done a lot of double exposures.  Years ago, when I shot film, occasionally I would accidentally get a double exposure at the end of the roll of film.  It was never intentional though.  Fast forward to the last few years, I’ve only dabbled a bit with it.  My camera did not have the capability of doing double exposures, so I was left to do them with my iPhone or in Photoshop.  Only within the last few months did I upgrade my camera which now has the capability.  Let me tell you, in camera double exposures are the easiest, in my opinion, and quite addicting. 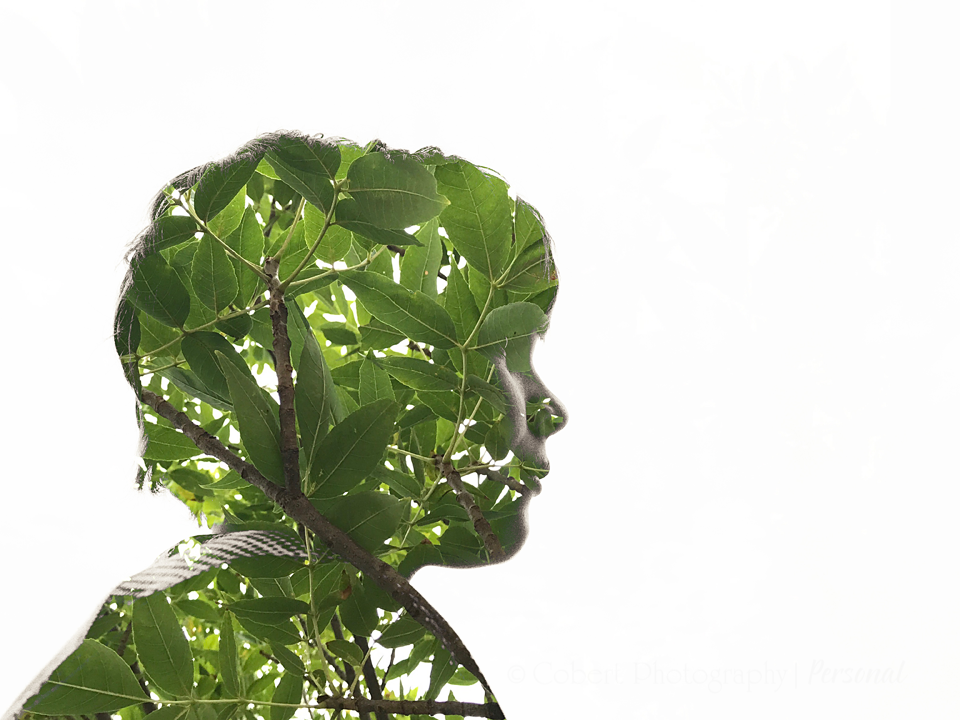 First off, decide what picture you want to take.  I like to use silhouette pictures as they work nicely for double exposures.  Keep in mind, think of it as film.  You’ll be exposing the film with your first shot.  The areas that are less exposed (in that first shot) will be where your second shot will show through best (as that area of the film did not get exposed with light as much).  Any area of your first shot that is overexposed will not record any new information from the second shot.  So think about the areas of your second picture that are underexposed as this will allow your first picture to show through.  The reason being there will still be some exposure left since it was not completely burned.

Now onto the Photoshop tutorial for creating double exposures.  Here is the video.  Please excuse my awkwardness.  LOL

You can also find additional double exposure tutorials from Katherine:

HOW TO MAKE A DOUBLE EXPOSURE PICTURE WITH AN IPHONE

Tutorial: How to Shoot a Double Exposure in Camera