505 shares
Are you photographing large families and want tips for family reunion photo ideas? These Family Reunion Photography Tips will help with large family photo poses, answer your question on aperture for large groups and lighting large group photo ideas.
Family reunions: The butt of many sitcoms jokes but actually a gathering many families look forward to. For many a family reunion is a desired opportunity to catch up on the lives of your family members, especially extended family members you may not have a chance to see throughout the year, instead of a dreaded experience.
For the most part what to photograph at a family reunion is pretty straight forward.  You want photographs of your family interacting, right? Yes, but there is also a list of other photographic opportunities you want to keep your eyes open for throughout the gathering.

Here are a list of suggestions of what you should capture with your camera during your family reunion.

If you have risers to place the teens and adults on to keep the rows short, and make sure you can see everyone’s face, then use them but chances are most people won’t be that prepared, so improvise with picnic tables, rock walls, chairs, or benches. Just be sure all the items you stand a person on are stable because you don’t want to have an ambulance trip ruin all the fun. Should an ambulance have to be called, though, be sure to take photographs because that’s going to be an awesome story for next year’s family reunion as long as there are only broken bones and no serious injuries *wink*.

In addition to the family photo here are a list of four other suggested photographs you will want to make sure you take in between the candid moments.

If you have a large family, gathering immediate family members from each branch of the tree for individual images is a good idea. This would include, for example, a husband and wife and their children. If you then want to add in the parents and siblings of the spouses you can do that too, but don’t get too crazy or you’ll be taking the entire group family photo again. You don’t have to be too fancy with these photos but try to make sure everyone is looking at you and nothing appears to be sticking out of the top of their head when you snap the shutter. Pay attention to your backgrounds. Be aware that if you place dad in front of a certain background, he could end up looking like he has deer antlers unless you either move him or yourself before pressing the shutter. 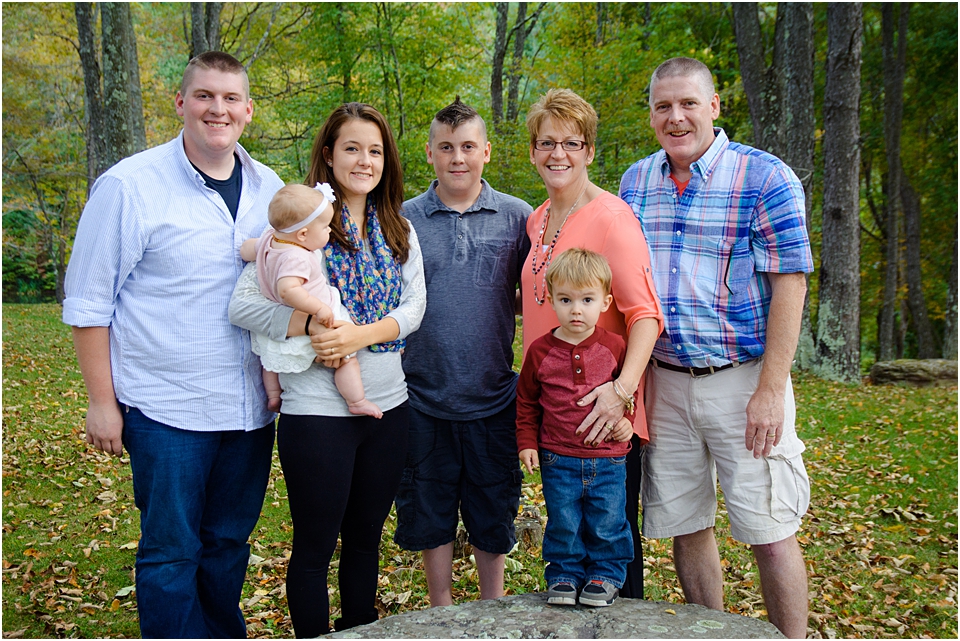 Gathering the grandparents and great grandparents together for their own photograph is a good idea. Add in the great grandchildren with the great-grandparents and the grandchildren with their grandparents as well. Depending on how large your family is this could be quite an undertaking so you will need to decide if you want to do just one large group photo or the individual photos.
3- New additions
Each year can bring new additions to the family whether by birth, adoption or by marriage. Be sure to grab either a standalone photo with these new members or a group photo with them and their immediate family. And of course they will be included in the larger group family photo if you don’t get the opportunity for individual photos.
4- Generation photos
Family reunions are a great opportunity to capture a four or five or whatever number generation photograph. This is usually a great grandparent, grandparent, parent, child and grandchild all together in one photograph. It’s important to capture these images whenever you are all together because, not to be morbid or a downer, you may not have the chance again if a member of the older generation passes away before the next reunion.
I usually have the older members of the family sit in a chair or on a couch and place the other members around them or behind them. If there are young grandchildren or great grandchildren involved placing them on the lap of their great grandparent or grandparent not only creates a nice photograph but a nice moment for the older and younger generations. Never be afraid to snap the shutter during those in between moments before you ask everyone to look at the camera. You might capture a special glance between grandpa and grandchild that will mean more to you than the photo where everyone is looking at the camera at the same time. 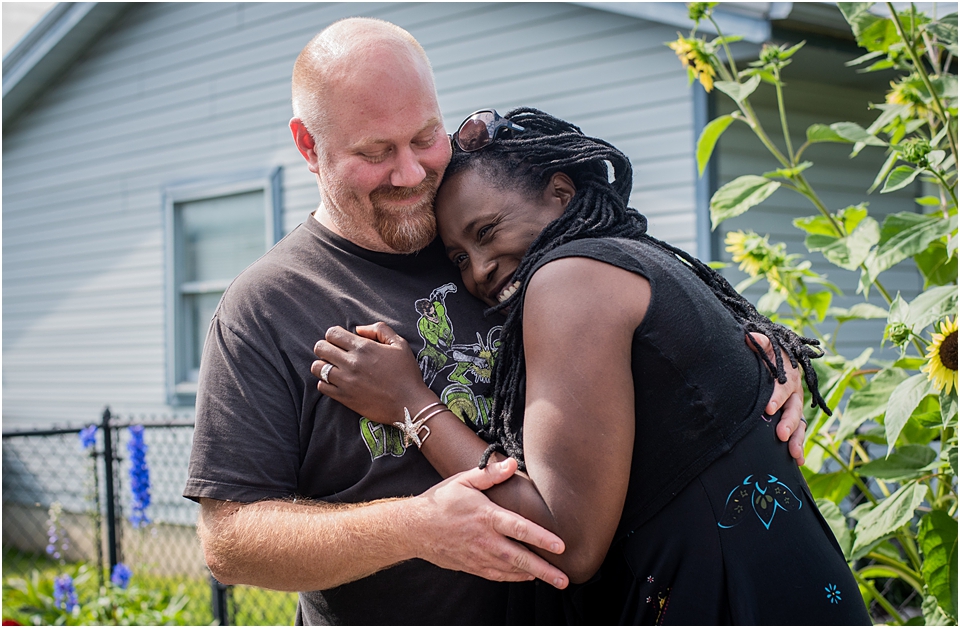 Here is a short checklist of what to capture at your next family reunion: 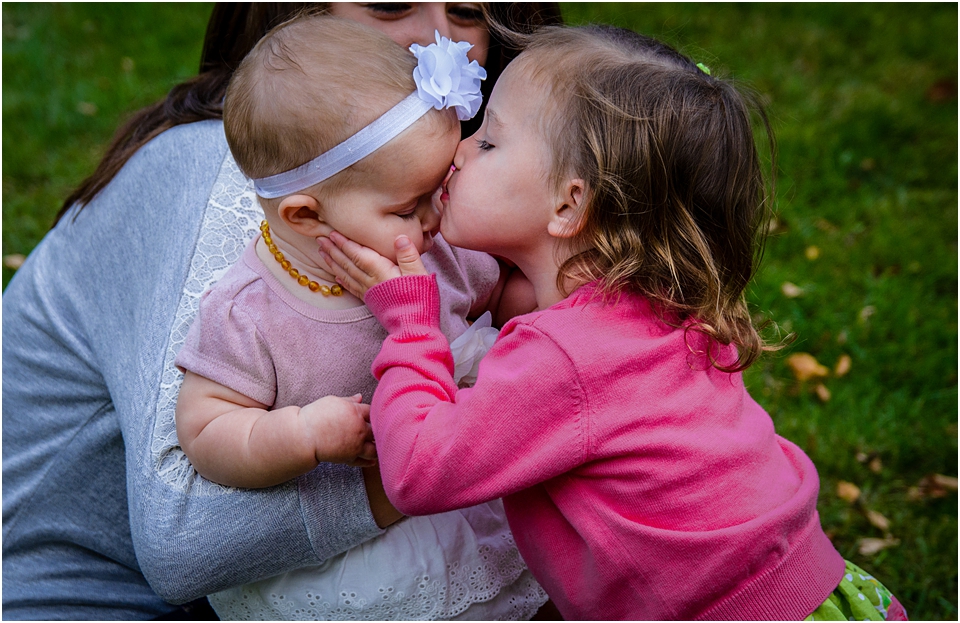 How do I take a Group Photos with Everyone in Focus?

This is a very important piece when it comes to shooting an event with large group shots.  Amy and Jordan have answered our questions quite precisely.  How to take sharp family photos and group shots comes with a little practice but their 8 tips and trouble shooting section should answer your question and help a TON!  I loved their read and think you’ll find it helpful as well. 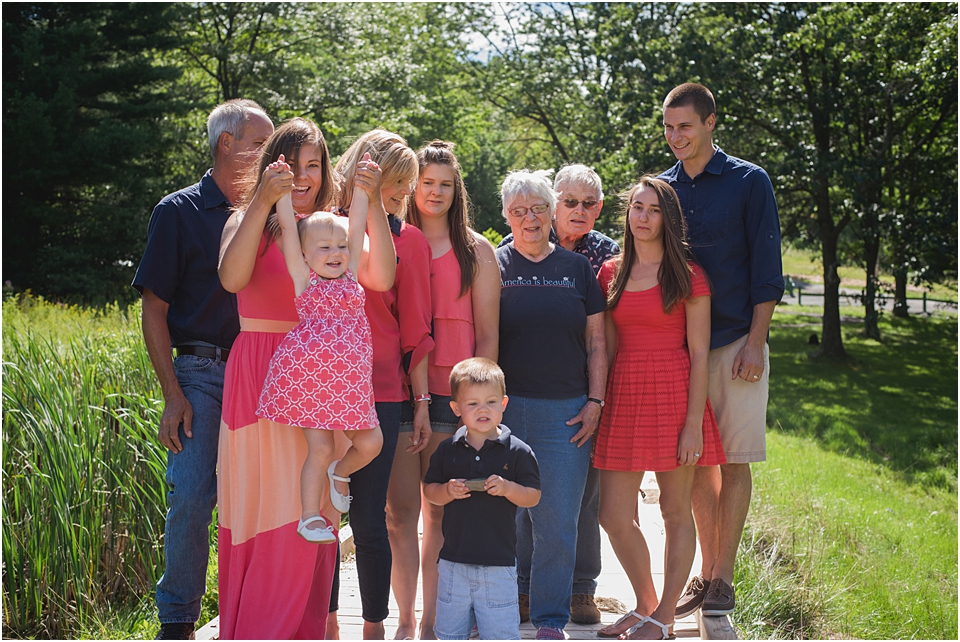 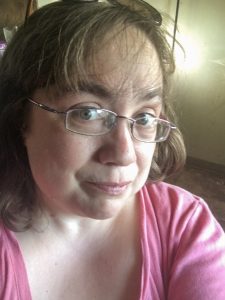 Lisa R. Howeler is a freelance writer and photographer but considers her main “job” being a stay-at-home mom to her 11-year old son and 3-year old daughter. She normally blogs about photography, motherhood, faith, and life in rural America.