When I first started school for photography almost a decade ago, I got my first DSLR. I had a mentor at the time who was training me in the basics, and when I took a few shots and opened up the card on my computer, I saw these NEF (Nikon RAW) files next to my JPEGs. “What are these?” I asked Chris, who was a veteran twenty year photographer. “These are RAW files. They hold your photo data, and work with editing programs like Photoshop.”

I wasn’t in a Photoshop course yet, and my Intro to Digital Photography course didn’t allow manipulation of photos – you had to get it right in camera. So I was a little overwhelmed with the information. Chris suggested I keep the files for later on, but I deleted them. They took up too much space, and besides, I didn’t have a program that could read them on my measly Windows 98 computer.

Fast forward to the modern day, and not only do I shoot exclusively in RAW, but most photographers “grow up” hearing about RAW and knowing about it from the beginning. DSLR cameras usually come shooting JPEG by default, and if you don’t have resources to learn what a RAW file is or a mentor like I did to teach you what they are, you might shoot in JPEG without realizing there is another way. In fact, some of you might be shaking your heads, confused on what a RAW file is.

When you look at something in real life, your eyes quickly adjust to expose for what you are looking at. If you walk back in from a really bright day, you’ll notice that everything in the room looks very dark – because your eyes were adjusted for the bright day, so they aren’t letting in enough light to compensate seeing in the dark room. A camera works in similar ways. You set it to expose for a bright day, and if you take a photo in a darker room, your photo will come out dark.

When you are outside in a bright area, your eyes adjust for the brightness, and as such, if you walk in quickly to a dark room, your eyes have to adjust for the lack of light, and for a minute, you can barely see as your eyes still are acting as though you are in a bright room. A RAW file is like two sets of eyes – one adjusted for the bright spots, and one adjusted for the dark spots. So when you take a photo in RAW, if you adjust the highlights and shadows, you can recover, or bring out, detail in the bright and dark spots that you don’t see in the image with no adjustments. A RAW file is bigger than a JPEG, because it has all the detail and data for those areas. It allows you more control – you can have a little less or little more light than you want, and still be able to recover an image to be exposed properly. It allows you more digital manipulation. In older times before digital, a negative would contain all this information – and when being exposed to light and photo paper, the person creating the image would hold back, or apply more, light to an image in certain areas, to bring out details or recover lost information. Similar tools are found today in Photoshop, called “dodging” and burning” – the same names they gave it in the film age.

A JPEG is different in that it compresses image and applies basic edits. If you look in your camera’s menu settings, you will see settings for a JPEG. Things like contrast, saturation, and sharpness are all pre-edited by your camera, and in those bright spots and dark areas? Instead of saving the data, it deletes it, making those areas either white, or black.

A RAW is better to work with, because it allows you easier control. I see a lot of new photographers scared to work with a RAW file, because they feel like it’s a learning curve and that it is harder to work with, and they want to learn everything with a JPEG first. I want to bust that myth – a RAW is not harder to work with! In fact, it can make your life easier, especially if you make exposure mistakes as you learn. The hardest part is getting used to editing an image that has no edits applied to it. The Adobe Camera RAW (ACR) menu in Photoshop is easy to learn, and Lightroom treats a RAW much the same as a JPEG, with the same editing menu.

My first example is going to be a newborn photo I took recently. For reference, here is a good, exposed image from the same setup, shot with my 50mm lens at 1.8: 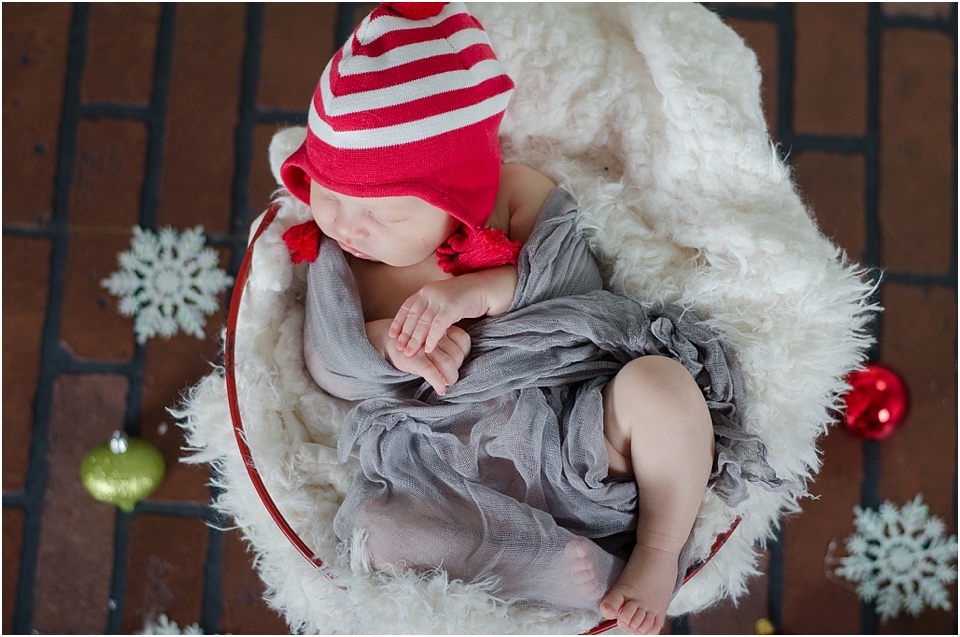 I normally use a 50mm lens with a low aperture – maybe around 1.8 or 2 – but in this instance, I needed a wider shot, and I quickly slapped on my kit lens while I still had time. I didn’t realize that I went from shooting f1.8, to shooting f6 – when I put the new lens on, my manual settings changed because the kit lens doesn’t shoot at 1.8. As a result, I ended up with a very dark image. So dark, you can barely tell anything is there!

This is what I was left with, as a JPEG, and had I only been shooting in JPEG… this would be it.

If I decide I want to try to save this JPEG, I open it up in Adobe Camera Raw (my personal preference for initial editing in Photoshop), or in Lightroom, and I start adjusting the sliders. I’m going to go ahead and just attempt to fix the exposure, not worrying about the other sliders. If I pull the exposure up +5, I get this image:

Not very pretty at all! The image has collected a strange magenta cast, which effectively ruins it, but there’s strange purple lining in the floor creases and botched shadowing. It’s a very grungy image, and not appealing for a delicate, pretty newborn baby girl. The image looks awful! Had I shot in JPEG only, I would be lost. This would be cut from the set – and very sad because mom wanted this for the Christmas card.

HOWEVER… fear not, avid readers! I did shoot this in RAW as well, and I can save that image! Here is my RAW file, completely unedited. It looks very similar to the JPEG, though the JPEG image is a tad lighter.

I don’t have to worry much. If I open the image up in ACR and adjust the sliders, this is what I end up with (A SOOR image – Straight Out of Raw):

SO MUCH DATA! I don’t feel like there is any loss to the image at all. Even applying sharpening to the baby leaves me with an image that I am comfortable passing on to the client, all because I shot in RAW and saved the image.

And for those interested, after a crop, straightening, and some editing, this is the final image (edited in LR) that I sent to the client:

RAW doesn’t take special knowledge to work with, if you already know how to use Lightroom or Photoshop. The learning curve is small, but the benefits are great. This works a very similar way if you overexpose an image, too! Don’t be afraid to test the limits when you shoot in RAW.

My disclaimer is this: If you are using RAW to save overexposed and underexposed images frequently, then you need to assess why your images are over or underexposed and learn to properly expose your images. You may have RAW and PS/LR to save the day, but learning to shoot properly and not need it is a number one priority. I clearly explained in my example that the underexposure was a mistake – I shot at the wrong f-stop after a lens change, and did not check my settings before shooting. I did not do this on purpose, and I don’t condone it as an everyday shooting style. 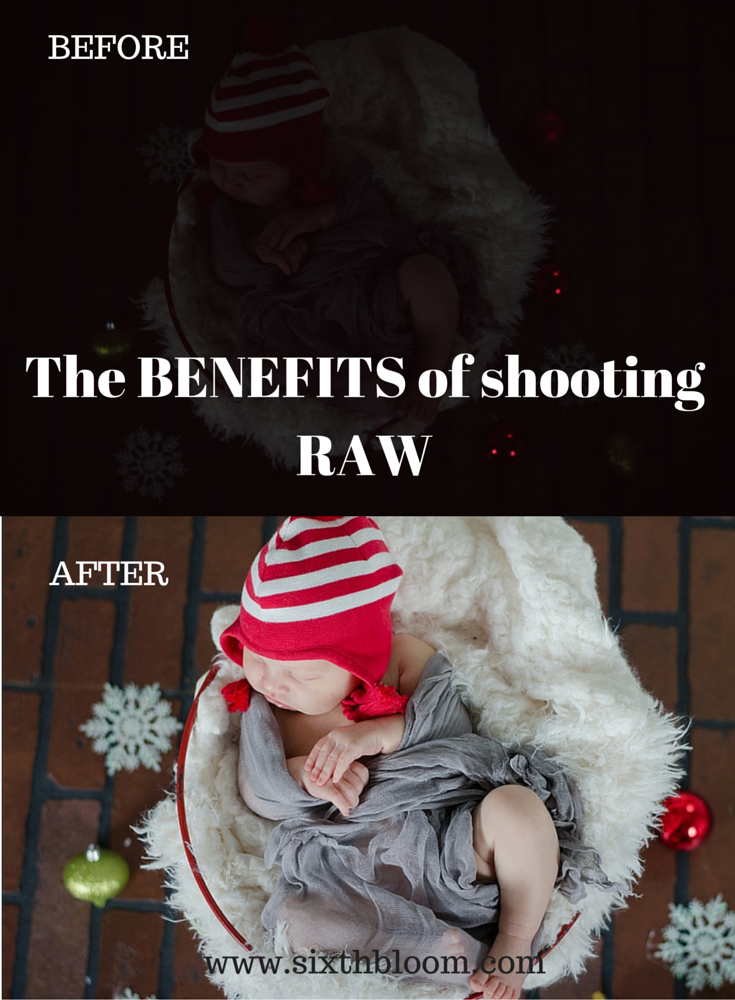 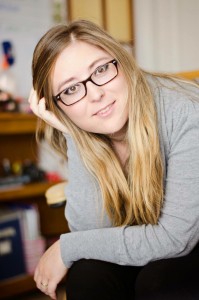 Hi! I’m Jenna Schwartz, a 7 year veteran of newborn, child, family and portrait photography. I have over 65 awards, international publication and “Best of” city awards for 2013 and 2014, and I’m ranked in the top 10% child photographers in the world and the top 5% of the US. I work from a residential studio in Henderson Nevada and travel to Eastern Ohio for several times a year for sessions. When I am not shooting, I’m hanging out with my two cats, my husband and my stepson.