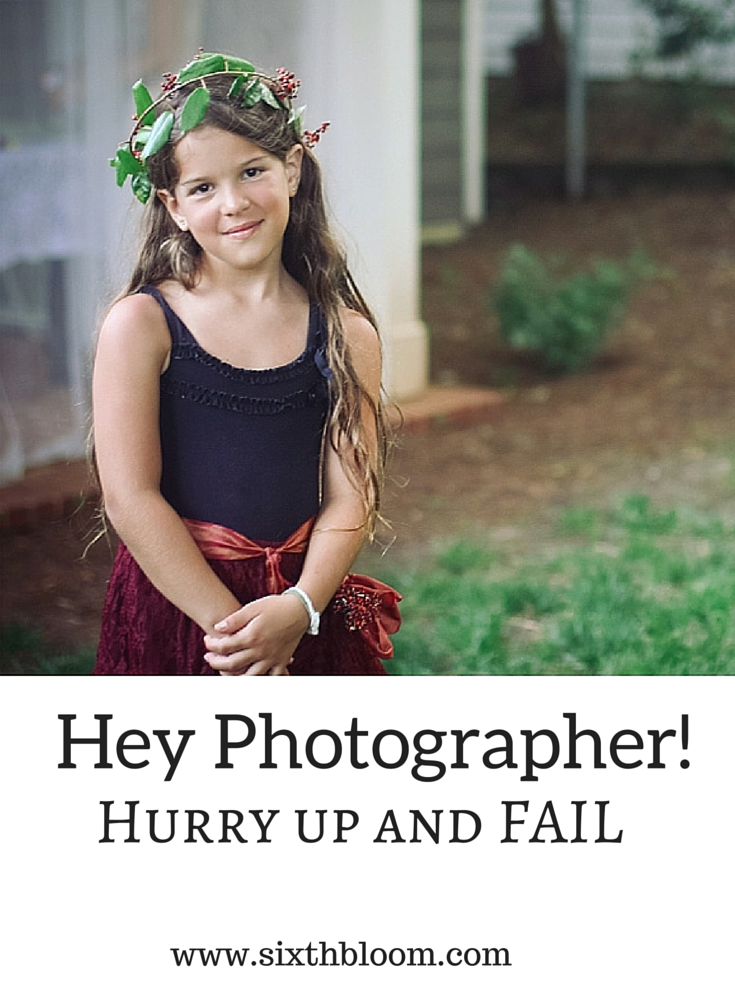 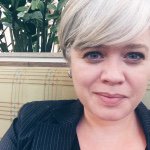 Hello. I’m Bek Wallace, Co-Founder of White Rabbit Wedding and Kev & Bek Photography. I live in Atlanta, GA with my husband of 16 years, 4 kids (15,14,13,& 9) and a huge Great Dane. I went from coordinating weddings to shooting them with only six years of being a stay at home mom between. No formal training, no knowing the right people in the industry… just a mom with a camera . If I can do this then anyone can! Now I run a software company for wedding photographers as well as our photography business.My goal is to provide solution oriented insight and on-target tools to the new generation of wedding photographers.

Hey Photographer! Hurry Up And Fail

What I have learned over the last seven years of photography in the wedding industry is that failure is nothing more than a testing of a process or technique. Seeing a bad image now prompts me to discover what I did wrong instead of setting the camera on the shelf to gather dust. I’ve also learned that comparison can be my best friend instead of my enemy. Holding my images up, next to my photographer- super- hero’s images, has made me face where I am lacking, instead of hiding from my own need to skill up. I have had to fail in order to grow.

Shortly after I first held a DSLR my daughter had a birthday party. I almost didn’t take my camera because I knew another dad would be taking photo’s and he was more of a professional in my mind. I felt like a fraud because I had a nice camera and had no idea what to do with it. But I took it, put it on AV and hoped I would not look like an idiot.

Now, if you have any interest in becoming a wedding photographer in future, what I discovered is that shooting an event is a great way to practice! Here are a few tips that I have learned over the last seven years to get the most out of shooting a birthday party or other event.

1.GET ONE GOOD PRIME LENS

If you buy nothing else for your camera ever again you will never regret having one prime lens. I would recommend a 50mm 1.8 (you can find this for about $150 for Canon) or 50mm 1.4. The ability to have greater depth of field than your zoom lens has will immediately take your images to the next level. All of these images were taken with the 50mm 1.8. 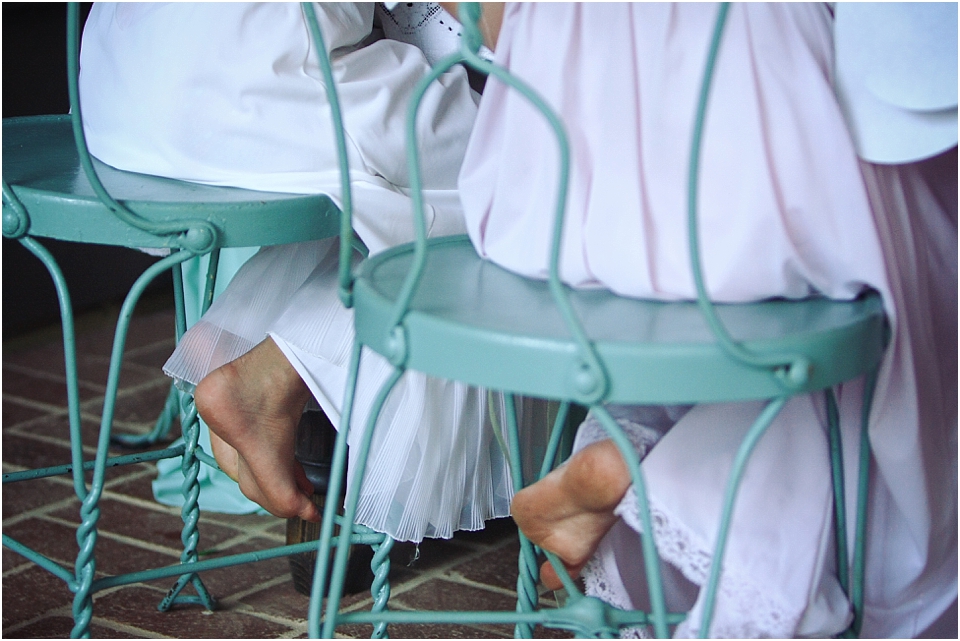 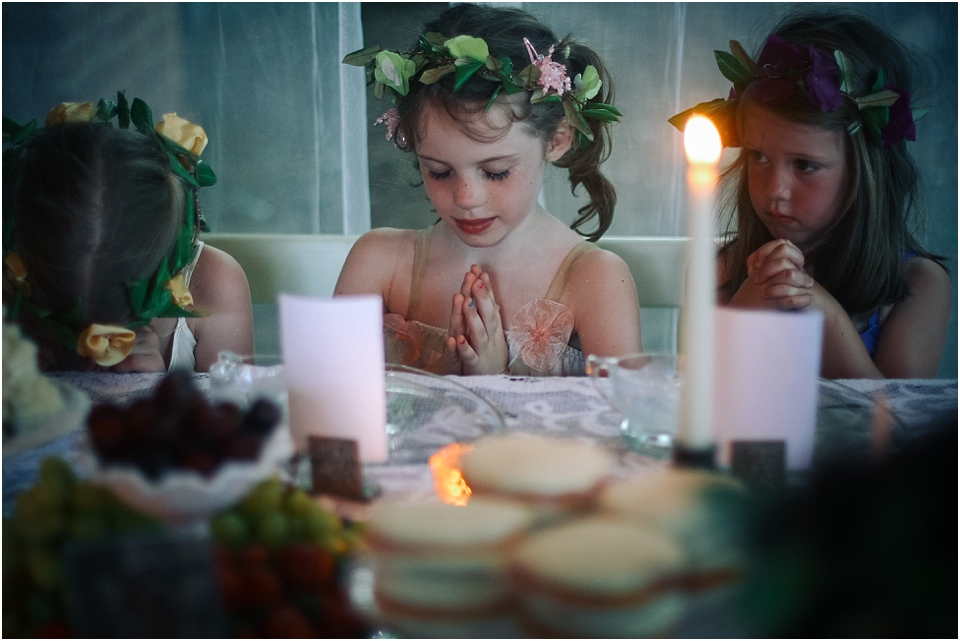 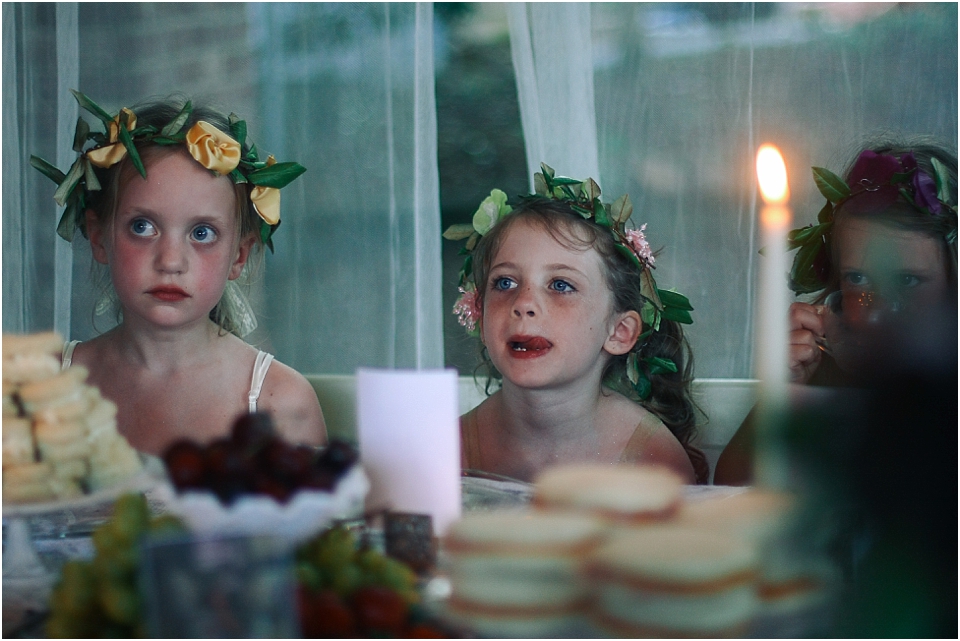 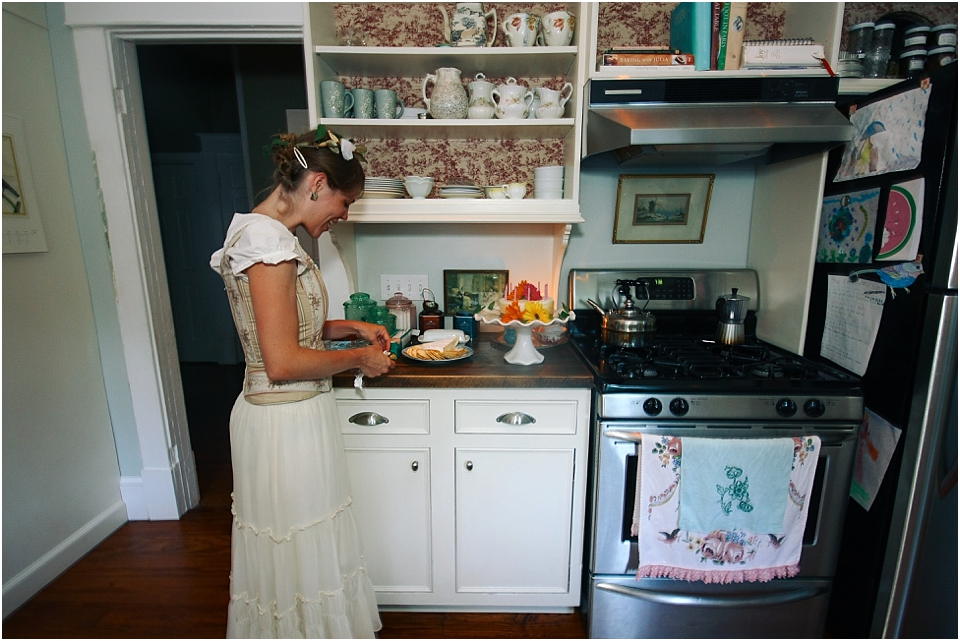 I use this all the time with weddings. In the images of the girls holding their flower fairy cards I asked them to hold it away from their bodies and then I got low enough to still have their faces in the background. I shot wide open at f1.8 so that the focus fell off quickly and isolated the card from the girl while still showing enough of the girl to identify her.

More with a tutorial: Shooting Technique to Create Stunning Photos 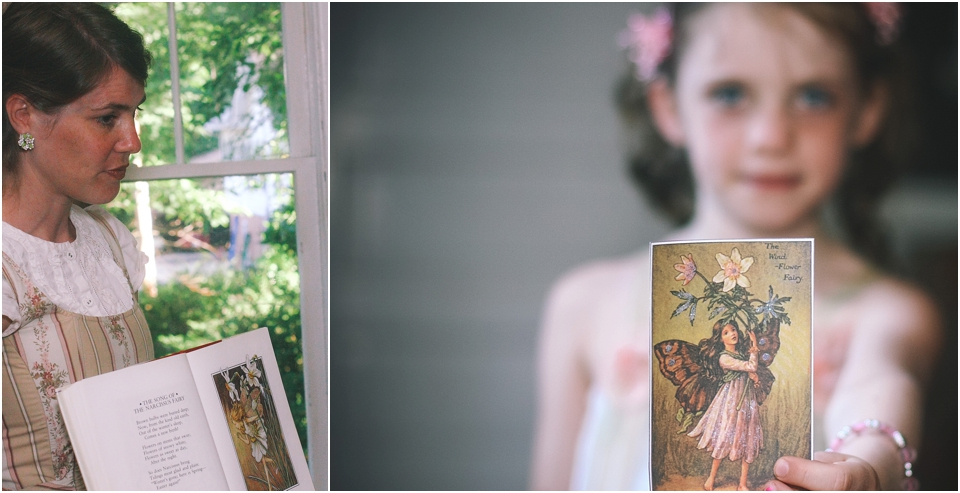 This tip alone gives a professional feel to your images. Try this when taking a portrait on a brick wall or other background. Place your subject far enough in front of the background to make everything else fade away behind.

In order to have multiple faces in focus while still shooting at a wide open aperture (like my daughter and her best friend) you need to be careful to have their faces level with each other. You also need to keep the camera from tilting forward or backward. This is a hard concept to grasp but there are some great tutorials out there to learn from. Search for “Plane of Focus”. 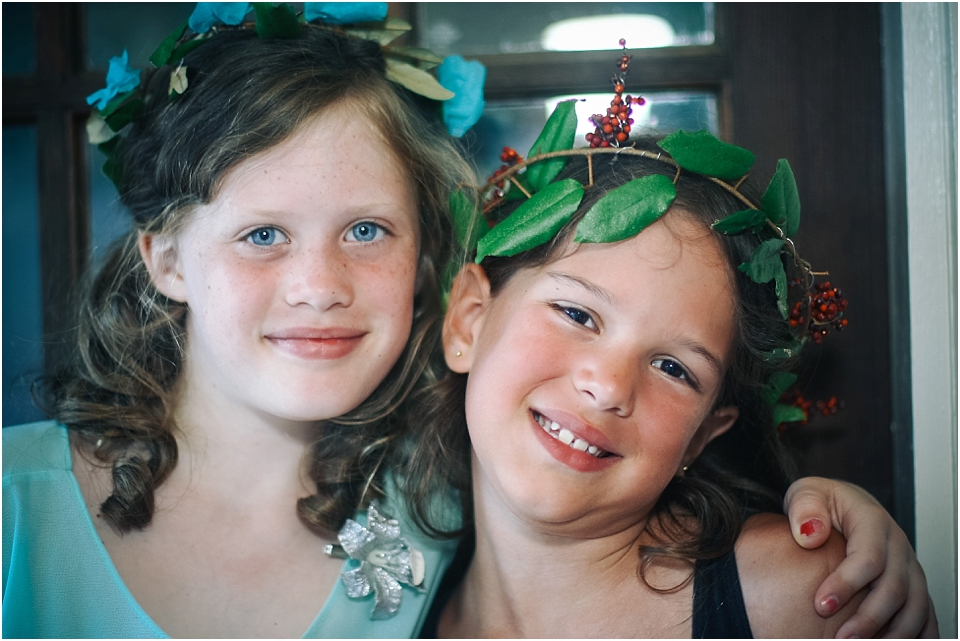 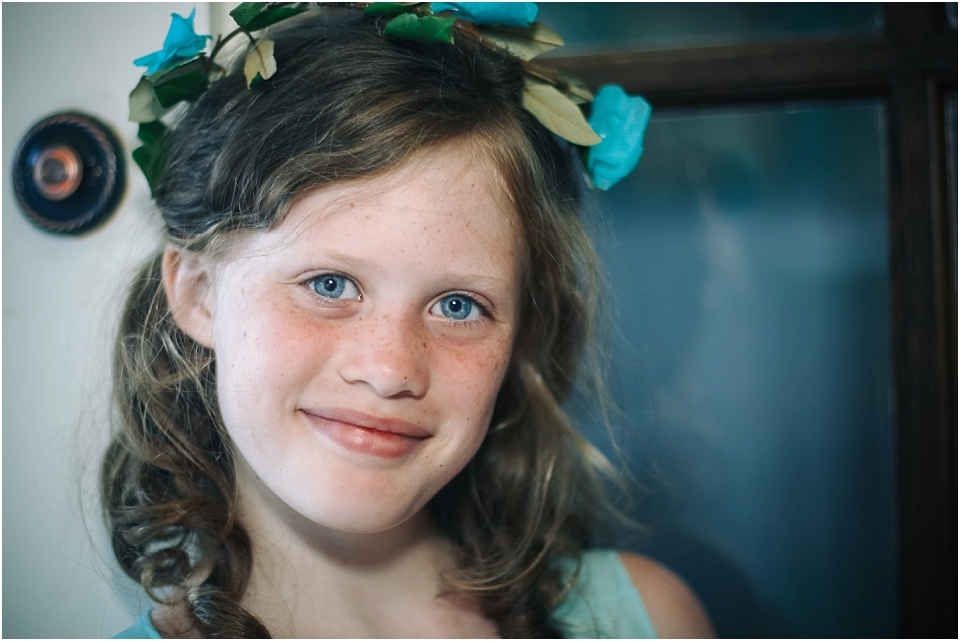 Shooting with something in front of your subject gives the image a voyeuristic, story telling quality. You have to shoot with a wide aperture in order to do this well. By placing myself behind the food during the prayer I was able to add context to the image and the feel that I was looking in on a moment instead of being part of it. I also used it while the girls were hunting fireflies. I put the branches between us. 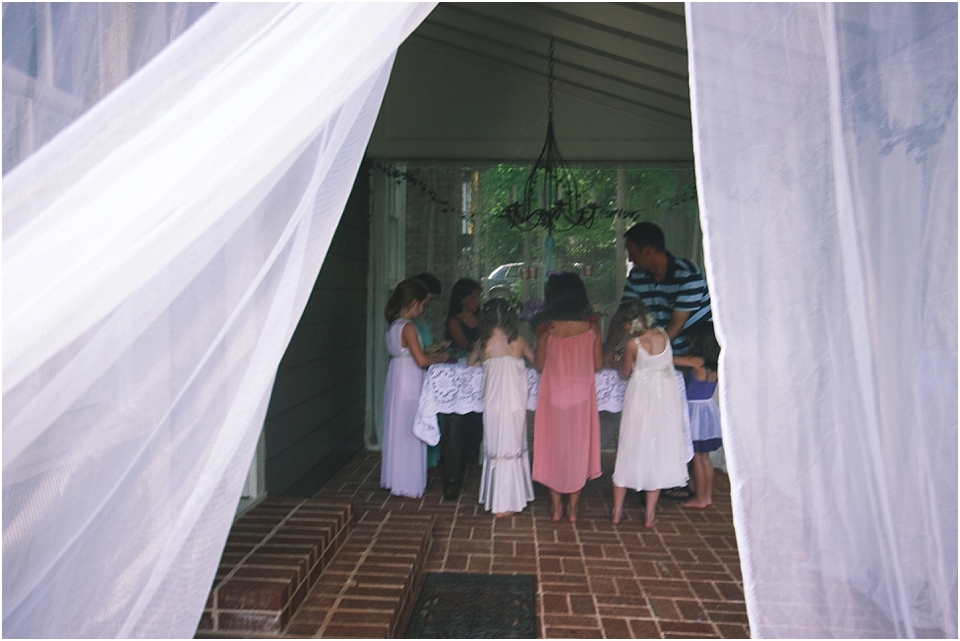 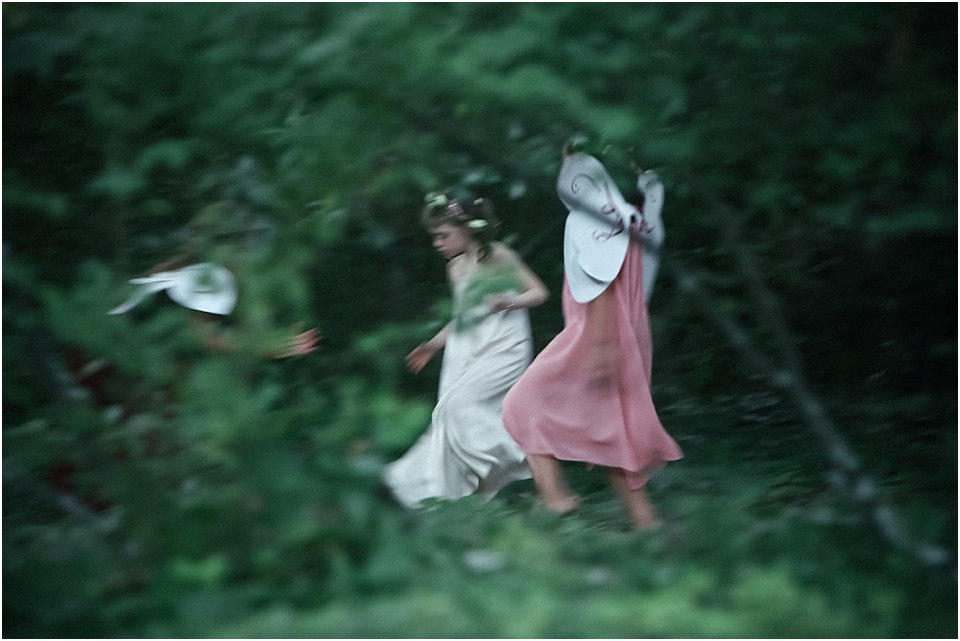 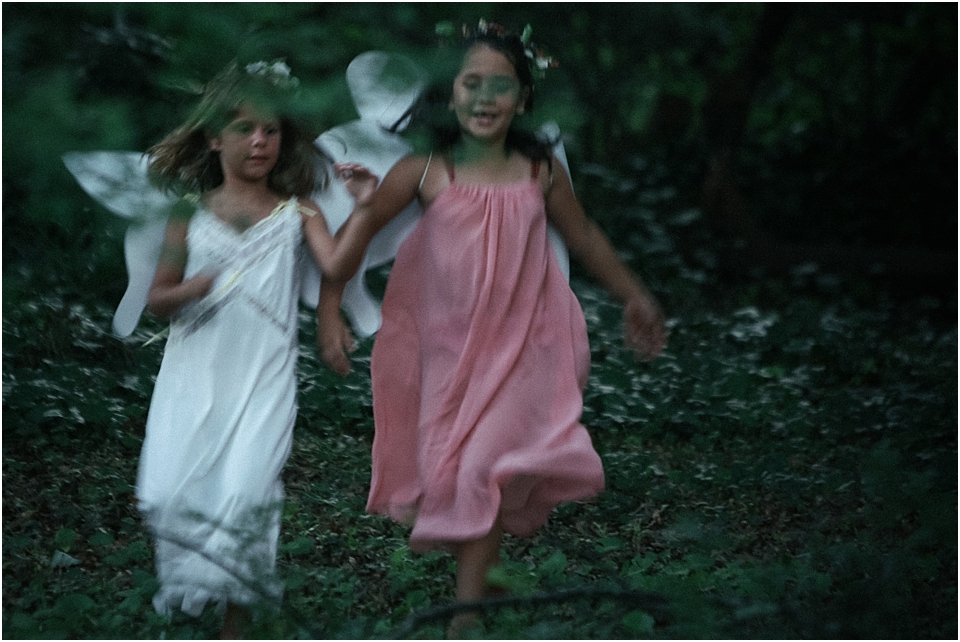 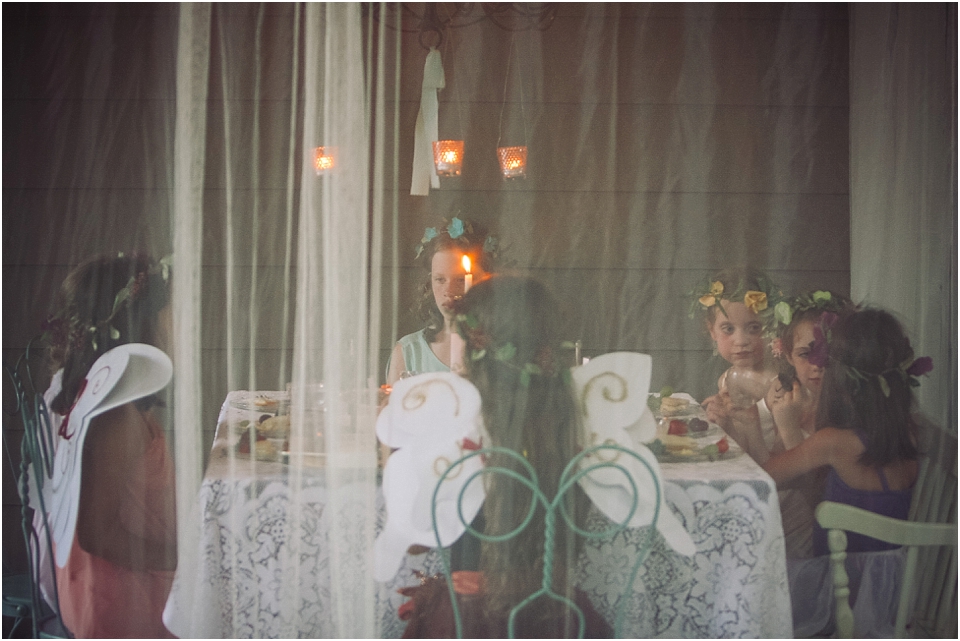 At this point in time, I did not know how to shoot in manual. I didn’t even know what manual mode meant. I only ever shot in AV mode (A for you Nikon users). In all honesty, I still shoot a large part of the wedding day in AV. When moving in and out of changing light, I am constantly afraid of forgetting to adjust my setting so, for portions of the day, it is better for me to stick with AV. Whether that makes me less than professional is up for debate in some circles but I’m ok with it and so are my clients and that’s all that matters. However, manual gives you so much more control and for all of my engagements and portrait sessions I stay in manual. If you haven’t learned it yet, you will love it when you do! 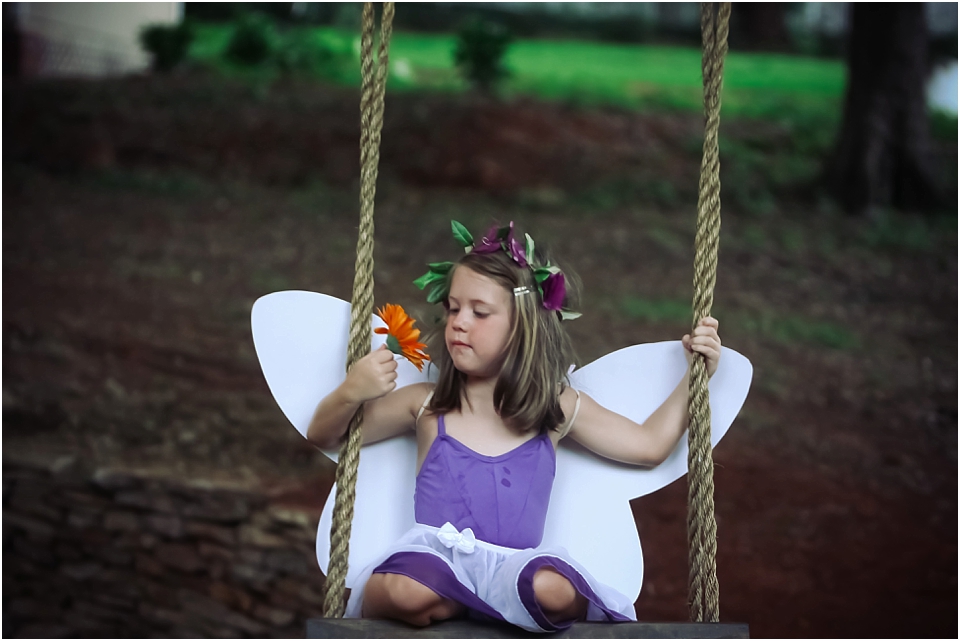 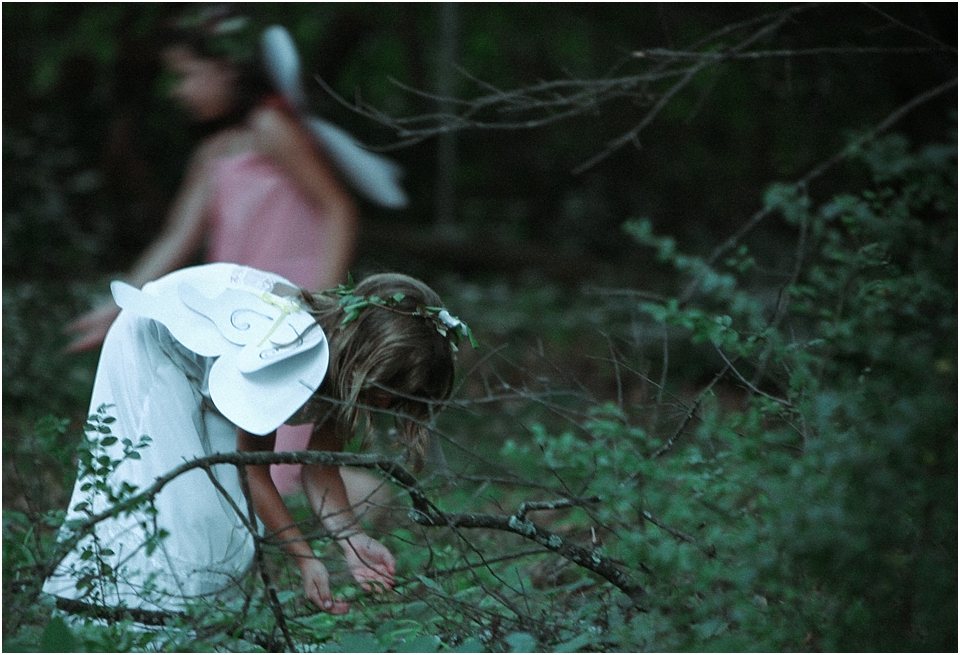 That said, my mistake was not the “shooting in AV mode”; it was the forgetting of my ISO. The way the camera works in AV is that you set your aperture (to determine how much depth of field you want) then you set your ISO depending on how dark or light your surroundings are. The camera takes care of the shutter in order to give the correct exposure. All three have to work together to create correct exposure. Shooting in AV takes the thinking away from you in regards to the shutter and lets you focus on the aperture and ISO.

Back to my mistake. The sun set quickly and I did not remember to adjust my ISO to compensate for the lack of light. The camera made my shutter stay open longer so that enough light was let in. The problem with a shutter staying open longer is that you have to be very, very still (tripod still) and so does everything in the field of view. The spinning shots, the swinging and the hunting for fireflies all have motion blur. They are not crisp and have no focus point. So, if you are hearing your shutter dragging or getting blurry images try adjusting your ISO to a higher number to let in more light. 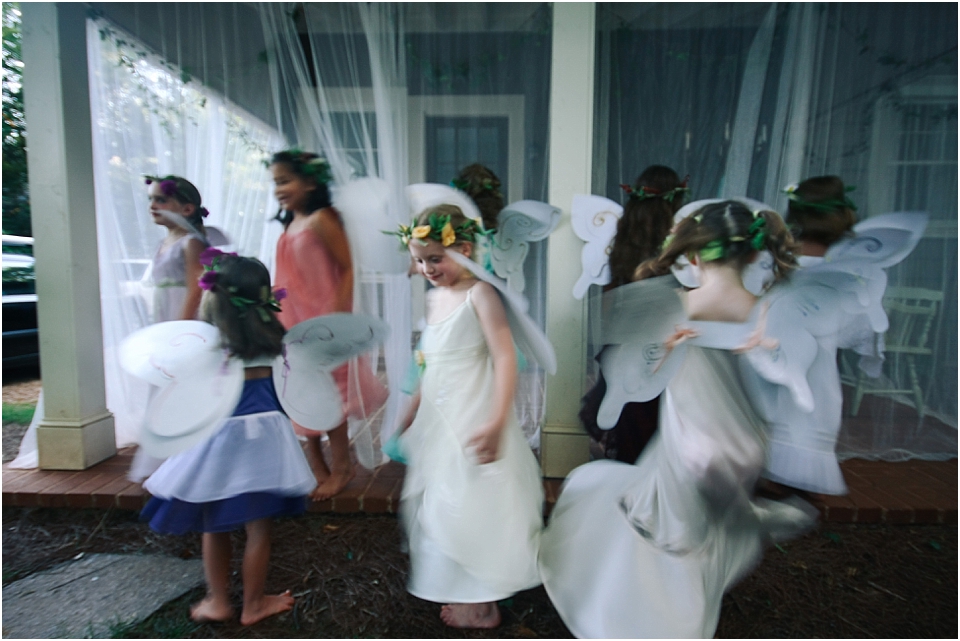 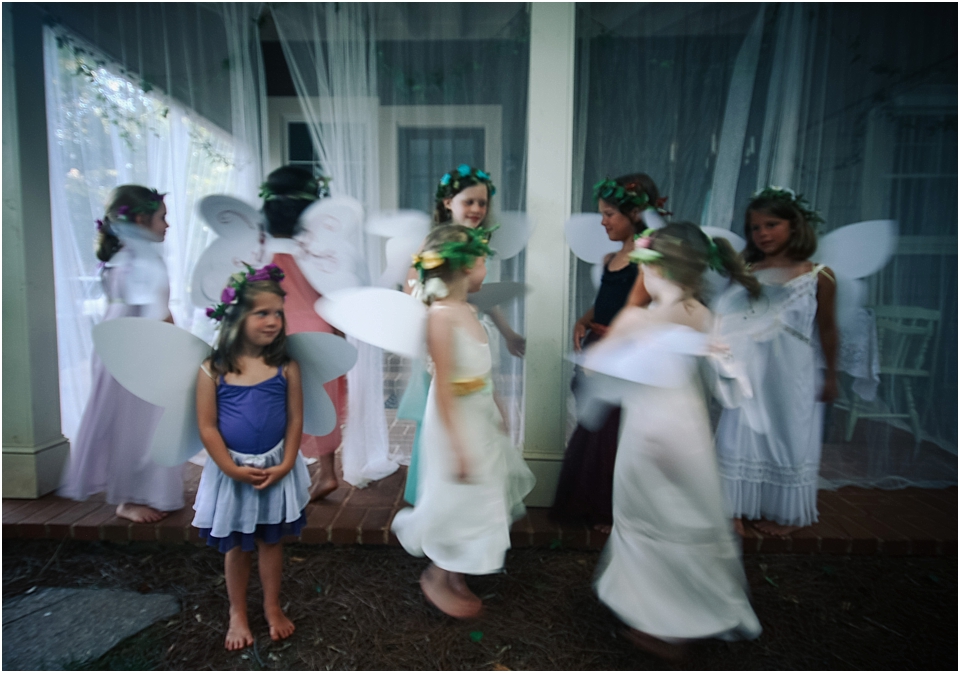 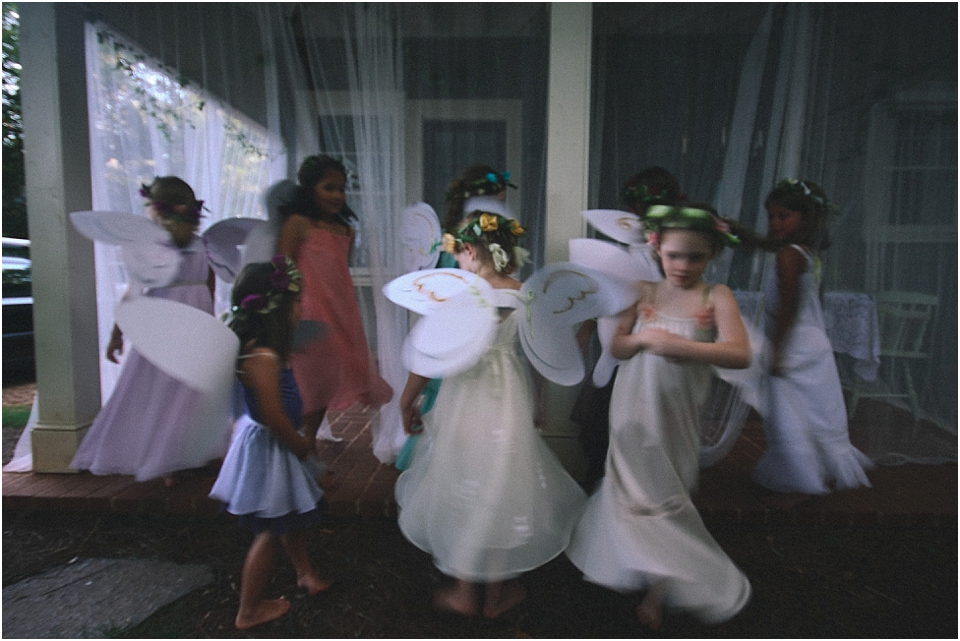 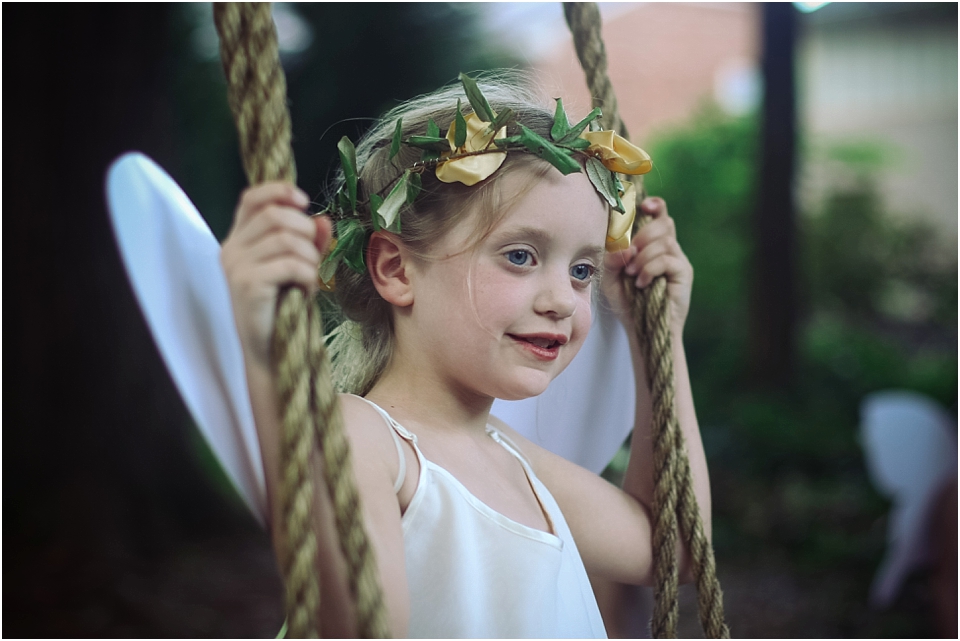 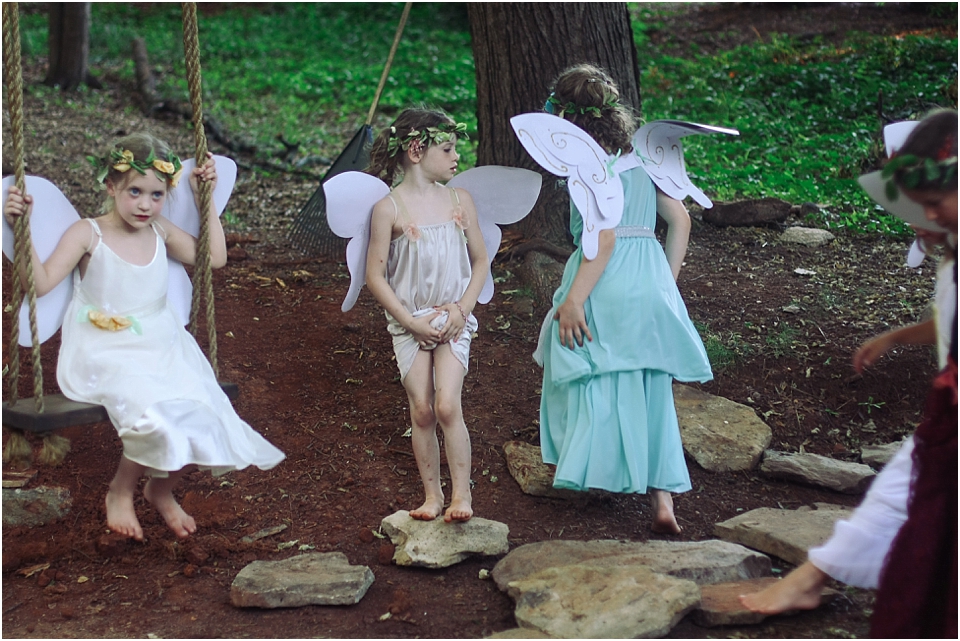 Even though I didn’t shoot this in a technically sound way, I am still very proud of the images. My daughter (one of those with the freckles and blue eyes) just turned 15 this week and while it felt like the early years would never end ….. they did, and all too fast.The glittered fairy wings were shredded within days, the floral wreaths before that.  But the only reason my daughter remembers that she was the Bluebell Flower Fairy (instead of the Lady Slipper Fairy) was because I took these images even though I was terrified of failing. 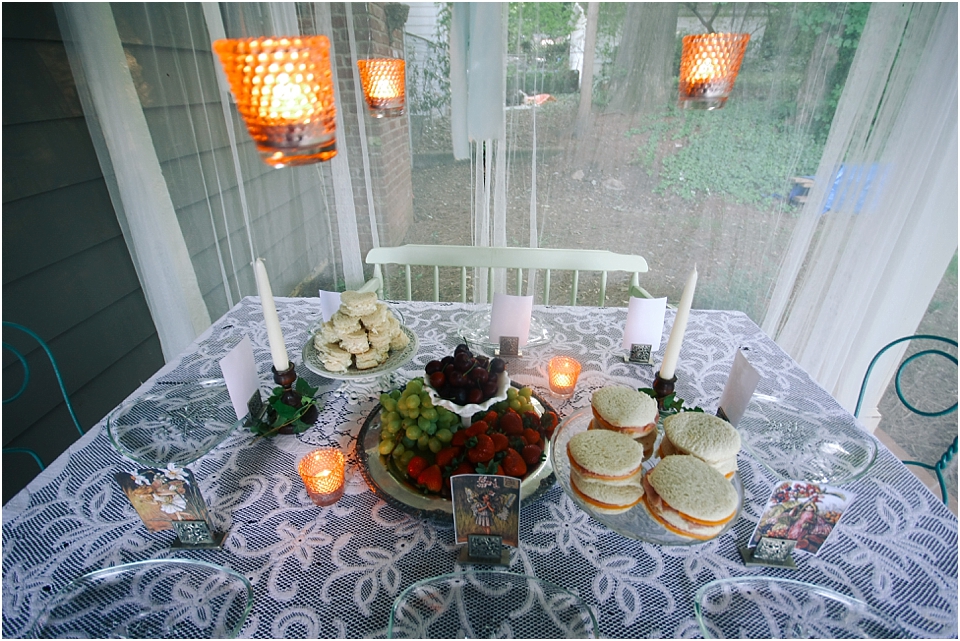 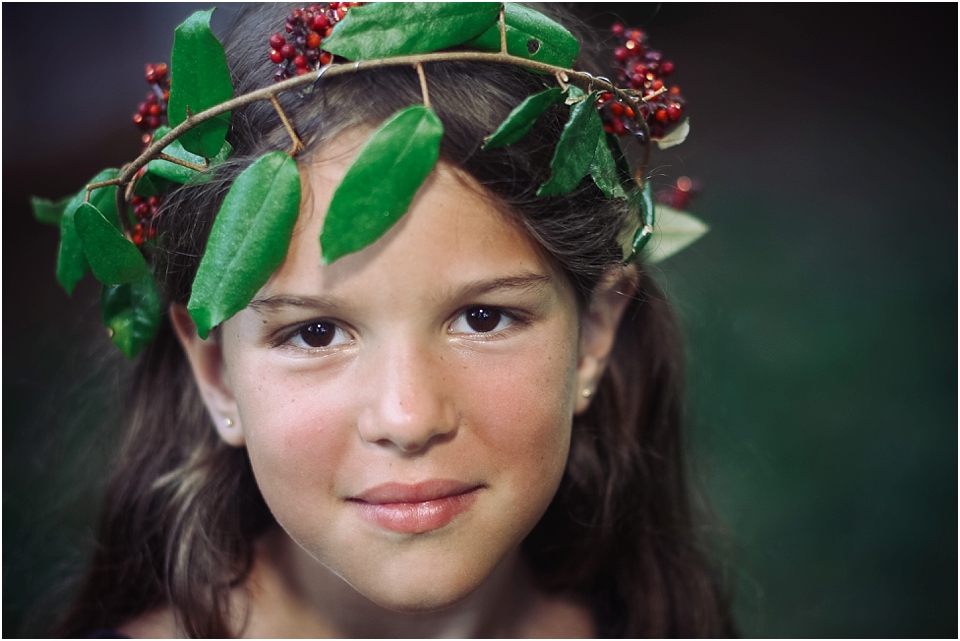 Your unique view needs to be seen even if only by you and your family. You have something to give to the world through your images that no one else can give. I believe this with everything in me. Keep pushing through the fear and doubt. Look failure in the face and learn from it instead of turning away in shame. The more time goes by, the more I love these images, regardless of the technical quality, because I held “Forever” in the second that it took to click the shutter.

We all have a story…we’ve all grown and started somewhere.  We’d love to hear your story…take a minute and comment below!

« 8 DIY Newborn Pictures at Home
5 Tips to Photograph Teens, Tweens and in between »